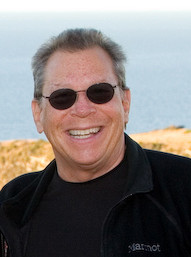 Tony Bonanno Photography, LLC. Tony Bonanno is a professional photographer based in Santa Fe, New Mexico. His work encompasses a broad range of commercial, editorial, and fine art photography. He has photographed extensively in the American Southwest, the Appalachians, the Northeast sea coast, as well as Europe, the Caribbean, Mexico, Central America, Australia, and Africa. He is internationally recognized as a premier event and assignment photographer. He is heavily involved in mentoring colleagues and is a frequent instructor at the Santa Fe Photographic Workshops.

Tony's fine art work is targeted towards collectors and the corporate environment. His photography has been featured in numerous galleries from Boston to Santa Fe. He was the recipient of the prestigious Leo Diehl Award at the Creative Arts Center in Chatham, Massachusetts and was the feature artist at the Cape Cod Museum of Natural History (1990-91).

Tony maintains a state of the art digital studio in Santa Fe. He is a General Member and Chapter Director of the American Society of Media Photographers.
Copyright Tony Bonanno
User Agreement
Cancel
Continue